PGA Catalunya’s Stadium Course is proud to announce that it has been listed in Golf World’s Top 100 Courses for the second year running, with 30,730 golf courses entering worldwide – a fantastic achievement! Despite tough competition from 9 newly built courses that have entered the rankings this year, including new additions from the Gulf and the USA, the Stadium Course at PGA Catalunya remains firmly in the Top 100 for yet another year. It is also Golf World’s No.7 ranked course in mainland Europe.

“We are honoured to be included in such a prestigious list of golf courses, and appreciate our position among a relatively small number of courses in Continental Europe to make the highest grade,” said PGA Catalunya Resort CEO Billy O’Sullivan.

So what makes PGA Catalunya’s Stadium course so highly regarded? Ongoing investment has been made at the Stadium Course at PGA Catalunya which has resulted in it consistently been ranked highly as one of the best courses in Europe. PGA Catalunya also boasts practice facilities where members can refine their game in the most perfect of conditions. The approach-play area’s use of three greens, each with different grasses (bermuda, bent and poa), and five bunkers, each with a different type of sand (Augusta National supersand, St Andrews links, Hawaii volcanic, parkland and windy-course), allows players to practice every possible shot from anywhere in the world.

Popular with the pros at the 2009 Spanish Open, PGA Catalunya has even been suggested as a future Ryder Cup venue. The Stadium Course is challenging and exciting with trees planted close to fairways and strategically placed bunkers and lakes appearing on seven of the most difficult holes. Such beautiful aesthetics and interesting challenges keep golfers coming back year after year and help put the course on the map as a must play.

Other new courses that have made the Top 100 list include the Emirates GC Majlis in the UAE (97th place), Ballyneal, USA (73rd place) and Diamante Dunes, Mexico (75th place).

The next world Top 100 rankings will be announced in 2013. PGA Catalunya is delighted with this accolade and we would love to hear your thoughts!

PGA in the Press – A Place In The Sun 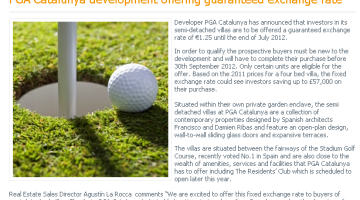 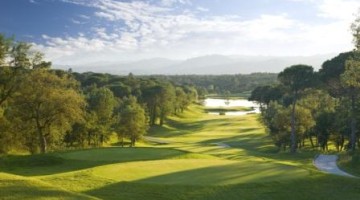