Open de España returns to PGA Catalunya Resort PGA Catalunya Resort welcomes back the Open de España from May 15-18, 2014. This will be the third time Spain’s national open will be hosted at the 36-hole European Tour Destination near Barcelona. Originally designed by Spanish legend Angel Gallardo and Ryder Cup star Neil Coles MBE with a view to hosting The 1997 Ryder Cup, PGA Catalunya Resort’s Stadium Course is no stranger to major international tournaments. In its inaugural year, it hosted the Sarazen World Open and just six month later, its first Open de España. Since 2008, the venue has welcomed the European Tour Qualifying School Final Stage, and will do so again this year, for the seventh consecutive time. The Open de España is the only European Tour event in Spain in 2014 and so it is fitting that it is returning to the country’s number one ranked golf course – a sentiment echoed by Gonzaga Escauriaza Barreiro, President, Real Federación Española de Golf, who is delighted to see the Open de España return to a course which has not only featured in the World and Continental European Top 100 Golf Courses (Golf World) since it opened in 1999. >> Further info 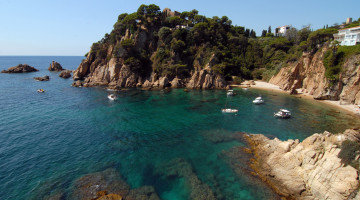